Importance of Sound in Video Production

When dealing with video production, sound quality can sometimes be pushed to the side in terms of priority. It’s usually a lot easier to control what’s in frame vs the difficulty in capturing audio on the spot. Even when you get the opportunity to record in a professional setting, there can still be a lot of challenges. These challenges can sometimes dictate what kind of sound profile your videos end up having. Fortunately, technology and some handy tips can minimize some of these annoying little intrusions.

For starters, just invest in a decent microphone. A cheap mic will shows its quality immediately. A moderately priced microphone that is cared for and handled correctly will last you a while. The bump in quality alone should speak for itself. The mic on your camera should only be your last backup. The onboard cameras tend to pick up a lot more static and background noise on average compared to a shotgun mic or a personal mic. This brings us to the next point, what kind of mic is best for you? The selection is pretty straightforward and easy to figure out which is best for your situation. If it is just a single person, a lapel mic might be your best. If you are also out and about and are interviewing people in a medium to long format, a lapel might work best for you. 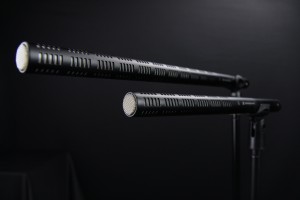 Another option is to affix a shotgun mic to the front of the camera itself. This has the benefit of being more targeted as well as never having to be adjusted. A shotgun mic can be a lifesaver if you are pressed for time or are by yourself. The quality might not be as good as a lapel mic, but it’ll do the job a lot better than the mic built into your camera. The other technique for directed sound recording is to use a boom pole with a microphone attached. This is my preferred method when i have boom mic operator. The boom mic is very versatile microphone. It can work in a 1 person narration format, 2 or more person interview. It can go nearly everywhere a camera can go, without being too intrusive. The boom mic operator also has the ability to adapt to the scene and capture the best possible audio in that situation. Of course, you always wont be in ideal circumstances and where you have access to somebody that can operate the boom. There are enough solutions for sound today that capturing it isn’t nearly as difficult or expensive as it was 10 years ago. The bane of directors, mic operators and sound engineers alike is background noise. One tiny creak from your upstairs neighbors wooden floors can ruin an entire sequence. Or an airplane going right overhead as you start your shot. If you are lucky, but mostly observant, you can catch background noise and stop the problem right there. If you aren’t as lucky, you get to uncover your little surprise at the editing computer. You could have composed a perfectly beautiful shot, but the slight hum from a nearby ac unit is drawing all the distraction. There are ways and methods of removing some background sounds from your video in post production. Depending on the sound of sounds, this might be a time consuming task. 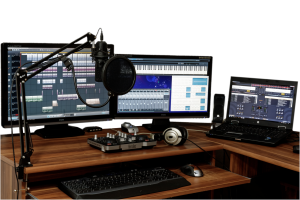 The easiest way is to just nail it down at the source. As long as you are recording, there should be a pair of eyes monitoring your sound levels as well as a pair of discriminating ears checking for the slightest sound that doesn’t belong. Sometimes, blocking out the background sounds can’t be solved with a simple solution. For example, wind noise. If you are filming outside with a considerable amount of wind, angle your subject away from the wind and affix a lapel mic. This will minimize some of the ear curdling static you would potentially pick up. Just get it through your mind that the only way to stop this is by being as vigilant as possible. There are always some circumstances that allow for some leniency, such as your subject mumbling and stammering through words, but that’s a blog post for another day.